King of comedy again arrives on Sony TV with King of Bollywood “Shahrukh Khan”, Anushka Sharma Kohli, Katrina Kaif. The new show of Kapil Sharma is ready to telecast on 23rd December (Sunday) on Sony TV the timing of the show is 9 PM. Kapil Sharma is also a very talented guy in the stream of comedy, he’s the King of Comedy. Old Cast of previous Kapil Sharma’s show but now Sunil Grover as “Guthi” in a show are not returned with Kapil Sharma’s show. Bharti join and the entertain the show. 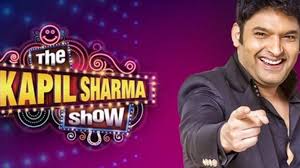 Upcoming movie ZERO people also very loved it, the trailer and album song of the movie. Through promotion of Zero movie Srk came in the Kapil Sharma’s show. The friendship bond between SRK and Kapil Sharma is very strong and popular. SRK also help in his career.

The SKP (Salman Khan Production) take headache of produce the show. So, production of Kapil Sharma’s show is finalized by Salman Khan. The show before telecast also people loved it, because every one love to laugh. Everyone enjoy the Kapil Sharma’s show in previous show also. On the public demand Kapil return on the National TV Show only on SONY TV. Previously, Kapil Sharma promote his show with the help of KBC (Kaun Banega Crorepati). Kapil Sharma share the screen with Shehensha of Bollywood MR. Amitabh Bachchan in KBC on SONY TV.

Kapil Sharma is not good in a bollywood movies, they gave 2 movies like- “Firangi” and “Kis Kis Ko Pyaar Karoon” movie is not have a good business at box-office and in he’s fan following and public also gave the low reviews about the movie and the script of movie. But in comedy no one are beats Kapil Sharma. People also love him in a comedies shows.

So, People also excited about the show and first episode also with Charming King Khan,very talented Anushka Sharma Kohli and beautiful Katrina Kaif. The whole team of ZERO movie on the sets of Kapil Sharma’s show.

admin - June 17, 2020
0
Ashnoor Kaur one of the most talented actresses of the television screen. The 15-year-old actress has made many popular shows.

From Rubina Dilak to Parth Samthaan, these celebrities ENCOURAGE us to try the LOW...

admin - June 16, 2020
0
The new trends came out with masks and sanitizers, people are wearing different prints with their outfits to suit their look as...

Here’s how TMKOC’s Munmun Dutta took care of her skincare during...

From Rubina Dilak to Parth Samthaan, these celebrities ENCOURAGE us to...

ABOUT US
Serialkiller is the one stop destination for all the Bollywood adicts! We provide the daily dose of TV soaps and Bollywood news on our website. The Serialkiller provides celebrity photo galleries, breaking news, Bollywood stars gossips, top event coverages and celebrity fashion trends which makes us the talking point amongst industry insiders and readers. Serialkiller was Launched in August 2016, the company has grown rapidly by providing the entertainment and latest news. Our basic funda is to serve passionately the love for cinema and for it's lovers, The wholesome Bollywood experience in just once click away!
Contact us: contact@serialkiller.in
FOLLOW US
© Copyright SerialKiller.in